Can an order compelling arbitration signed by a trial judge be challenged in an immediate appeal so as to avoid the need to arbitrate? Generally no. Arbitration is favored. An order denying arbitration is a different matter. Texas statute authorizing interlocutory appeal tracks federal provision for such appeals.

Under the Federal Arbitration Act (FAA), an order compelling arbitration and granting a stay is not immediately reviewable. In re Gulf Exploration, LLC, 289 S.W.3d at 842; see 9 U.S.C.A. § 16(b)(1),(3)(West 2009)(interlocutory orders compelling arbitration and staying proceeding are not immediately reviewable under the FAA). Because such an order is not appealable under the FAA, it is not appealable under Section 51.016 of the Texas Civil Practice and Remedies Code. See TEX. CIV. PRAC. & REM. CODE ANN. § 51.016 (West Supp. 2012)(in matters subject to the FAA, an appeal is available only under the same circumstances that an appeal from federal district court's order would be permitted). 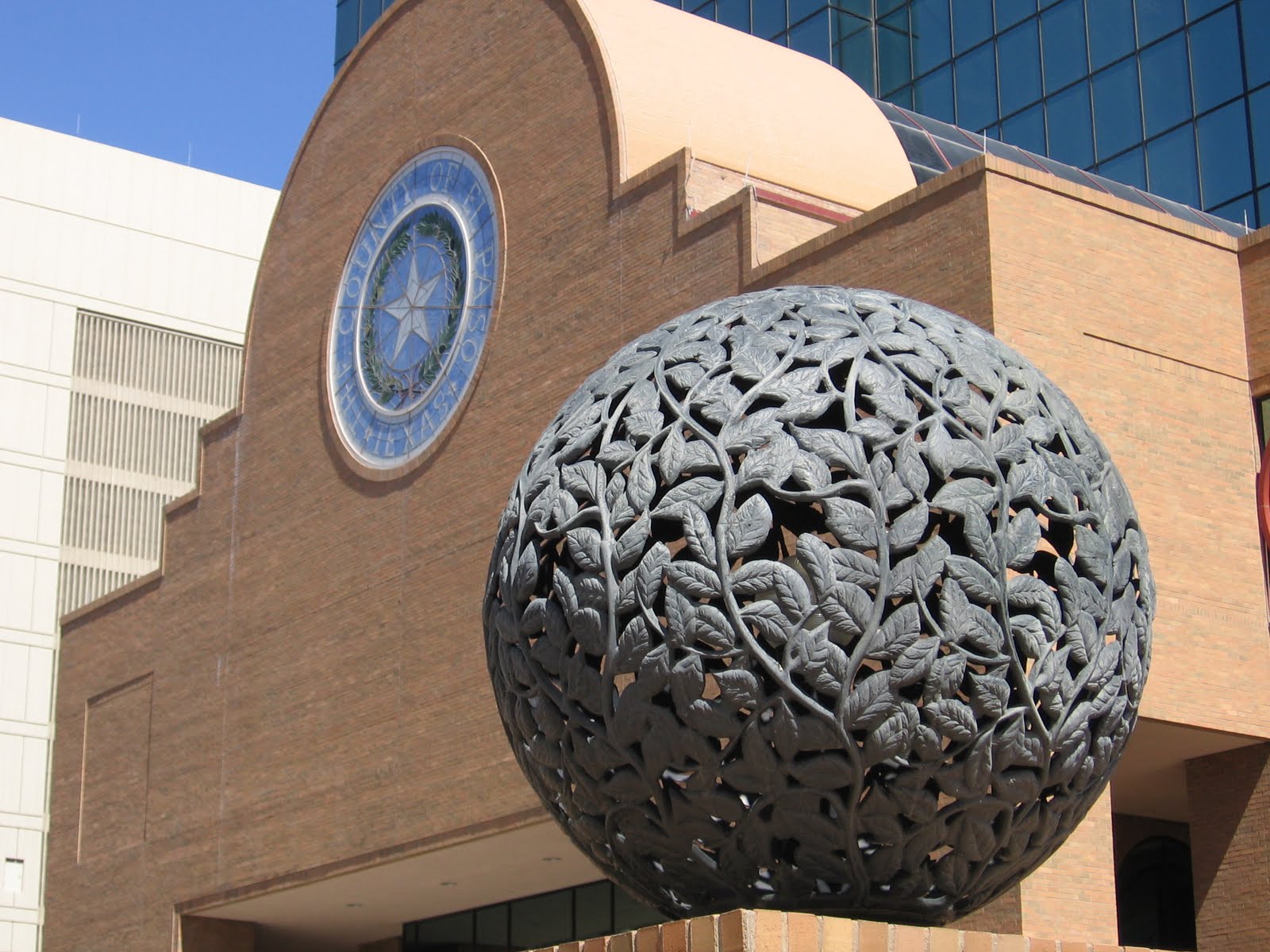 
In this employment-discrimination and -retaliation case, Benjamin Tice, Jr. appeals from the trial court's order granting El Paso Education Initiative, Inc. d/b/a Burnham Wood Charter School District's motion to compel arbitration and stay the proceedings. El Paso Education Initiative now moves to dismiss the appeal for want of jurisdiction.[1] Concluding that we lack jurisdiction over this appeal, we dismiss it.


It is well settled that appellate courts have jurisdiction over final judgments. Lehmann v. Har-Con Corp., 39 S.W.3d 191, 195 (Tex. 2001). A judgment is final if it disposes of all pending parties and claims. Id. An order compelling arbitration and staying proceedings pending arbitration does not dispose of all claims and parties. In re Gulf Exploration, LLC, 289 S.W.3d 836, 840-41 (Tex. 2009)(orig. proceeding). Thus, the trial court's order at issue here is interlocutory.


Under the Federal Arbitration Act (FAA), an order compelling arbitration and granting a stay is not immediately reviewable. In re Gulf Exploration, LLC, 289 S.W.3d at 842; see 9 U.S.C.A. § 16(b)(1),(3)(West 2009)(interlocutory orders compelling arbitration and staying proceeding are not immediately reviewable under the FAA). Because such an order is not appealable under the FAA, it is not appealable under Section 51.016 of the Texas Civil Practice and Remedies Code. See TEX. CIV. PRAC. & REM. CODE ANN. § 51.016 (West Supp. 2012)(in matters subject to the FAA, an appeal is available only under the same circumstances that an appeal from federal district court's order would be permitted).

When should a motion to compel arbitration be granted, when not?


STANDARD OF REVIEW AND APPLICABLE LAW

"Whether an arbitration clause imposes a duty to arbitrate is a matter of contract interpretation and a question of law for the Court to review de novo." Ascendant Anesthesia PLLC v. Abazi, 348 S.W3d 454, 458 (Tex. App.-Dallas 2011, no pet.). "In a de novo review, the trial court's decision is given absolutely no deference." Id.


Although Villareal opposes arbitration, he does not contest that the FAA applies to the Account Agreement with Edward Jones.

"Nonetheless, the strong policy in favor of arbitration cannot serve to stretch a contractual clause beyond the scope intended by the parties or to allow modification of the unambiguous meaning of the arbitration clause." Osornia v. AmeriMex Motor & Controls, Inc., 367 S.W.3d 707, 712 (Tex. App.-Houston [14th Dist.] 2012, no pet.).


"To determine whether a claim falls within the scope of the agreement, courts must `focus on the factual allegations of the complaint, rather than the legal causes of action asserted.'" In re Rubiola, 334 S.W.3d at 225 (quoting Prudential Sec. Inc. v. Marshall, 909 S.W.2d 896, 900 (Tex. 1995)); In re Stanford Group, 273 S.W.3d 807, 813 (Tex. App.-Houston [14th Dist.] 2008, orig. proceeding) ("We look at the facts alleged, rather than the legal causes of actions presented, and consider whether the facts touch matters covered by the underlying arbitration agreement.") Generally, under the FAA, state law governs whether the contracting parties agreed to arbitrate and federal law determines the scope of the arbitration clause. In re Weekley Homes, L.P., 180 S.W.3d 127, 130 (Tex. 2005) (orig. proceeding); see In re Rubiola, 334 S.W.3d at 224 ("Under the FAA, ordinary principles of state contract law determine whether there is a valid agreement to arbitrate.").


Arbitration agreements containing phrases such as "relating to" are interpreted broadly. In re Guggenheim Corporate Funding, LLC, 380 S.W.3d 879, 887-88 (Tex. App.-Houston [14th Dist.] 2012, orig. proceeding) (citing In re Bank One, N.A., 216 S.W.3d 825. 826-27 (Tex. 2007) (resolving doubt as to scope of arbitration agreement covering disputes "arising from or relating in any way to this Agreement" in favor of coverage); 950 Corbindale, L.P. v. Kotts Capital Holdings Ltd. P'ship, 316 S.W.3d 191, 196-97 (Tex. App.-Houston [14th Dist.] 2010, no pet.) (holding that broad arbitration provision defining "disputes" as "any dispute under or related to the partnership agreement or any document executed pursuant to the partnership agreement or any of the transactions contemplated by the partnership agreement shall be subject to arbitration" applied to all claims); TMI Inc. v. Brooks, 225 S.W.3d 783, 791 n.7 (Tex. App.-Houston [14th Dist.] 2007, orig. proceeding) (holding that phrase "arising out of and/or related to" in arbitration agreement is "broad form in nature, evidencing the parties' intent to be inclusive rather than exclusive")). "

In construing a written contract, the primary concern of the court is to ascertain the true intentions of the parties as expressed in the instrument. In re Guggenheim Corporate Funding LLC, 380 S.W.3d at 887 (citing J.M. Davidson, 128 S.W.3d at 229). In the arbitration context, we must give effect to the parties' intent, whether enforcing an agreement to arbitrate or construing an arbitration clause. Id. Following arbitration jurisprudence, we apply a common-sense examination of the underlying claim and the forum-selection clause to determine if the claim comes within the scope of the clause. Id. (citing In re Lisa Laser USA, Inc., 310 S.W.3d 880, 884 (Tex. 2010) (orig. proceeding) (per curiam)). "A contract is unambiguous if it can be given a definite or certain legal meaning." J.M. Davidson, 128 S.W.3d at 229. "On the other hand, if the contract is subject to two or more reasonable interpretations after applying the pertinent rules of construction, the contract is ambiguous, creating a fact issue on the parties' intent." Id. A contract is not ambiguous merely because the parties disagree on its meaning. Seagull Energy E & P, Inc. v. Eland Energy, Inc., 207 S.W.3d 342, 345 (Tex. 2006). The issue of contractual ambiguity may be considered sua sponte by a reviewing court. See Progressive Cnty. Mut. Ins. Co. v. Kelley, 284 S.W.3d 805, 808 (Tex. 2009). op.).


Due diligence is required in seeking mandamus relief. That alone will not guarantee success, of course; but if you wait too long before deciding to complain about the trial court judge in the court of appeals, you may as well forget it.


PER CURIAM MEMORANDUM OPINION FIRST COURT OF APPEALS IN HOUSTON


On October 4, 2011, KNG sued Cox alleging claims based on a sworn account, breach of contract, quantum meruit, and unjust enrichment. Following the filing of its original answer, Cox asserted a counterclaim against KNG alleging breach of contract and conversion. KNG timely filed its answer.


Mandamus is an extraordinary remedy; it is not issued as a matter of right but rather at the discretion of the court. Rivercenter Assocs. v. Rivera, 858 S.W.2d 366, 367 (Tex. 1993). Mandamus relief is not an equitable remedy but its issuance is largely controlled by equitable principles. Id. One such principle is that "[e]quity aids the diligent and not those who slumber on their rights." Id. (quoting Callahan v. Giles, 155 S.W.3d 793 (1941)).

Accordingly, we deny Cox's petition for writ of mandamus and lift the stay entered on September 26, 2012.